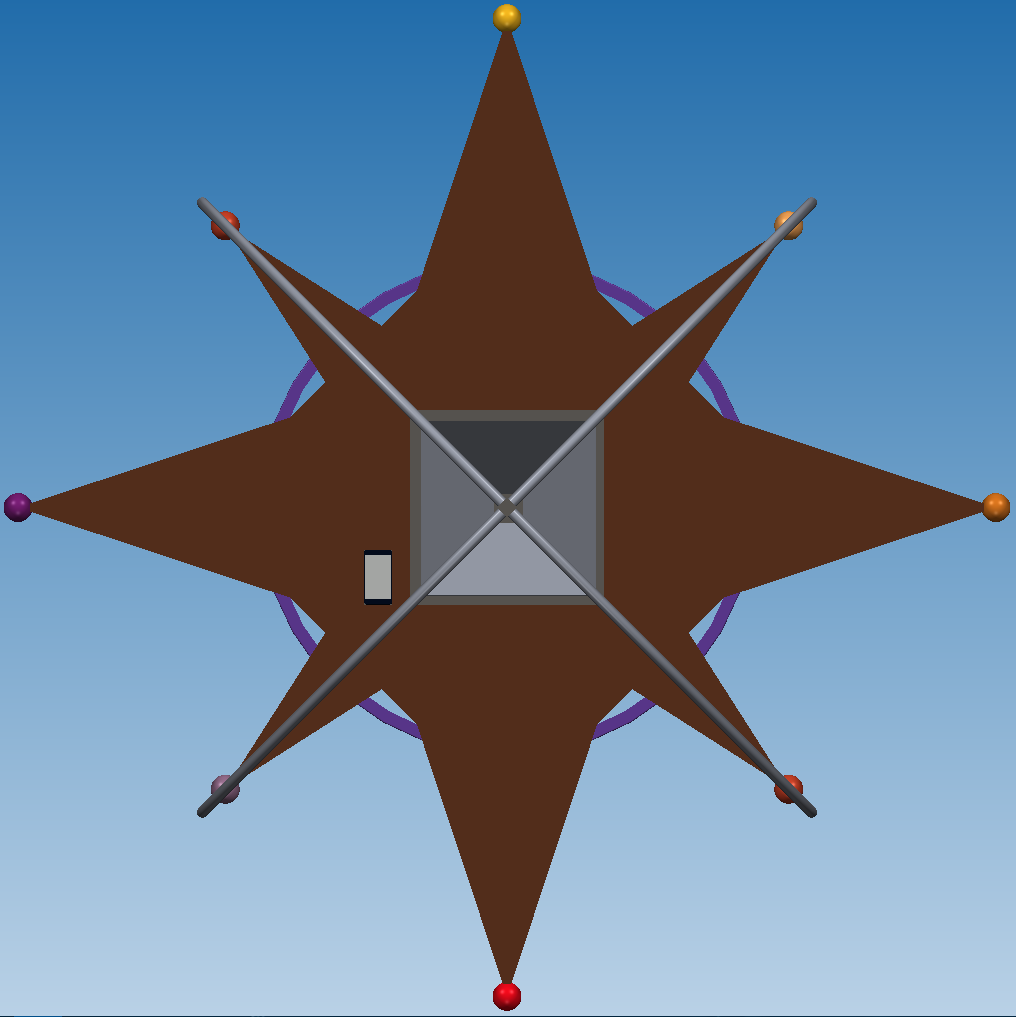 The portal project consists of a wooden framework showing the eight cardinal directions. The middle is an equilateral octagon connected with eight isosceles triangles. At the end of those triangle tips there are multiple RGB LEDs with the capacity to present the level of an applied resonator by light intensity and color. The framework is surrounded by crossing rings, to show similarities to Leonardo da Vinci’s compass. The rings are made of plastic tubes lined with aluminium. These are easily bendable to match the shape of Da Vinci’s Compass construction. 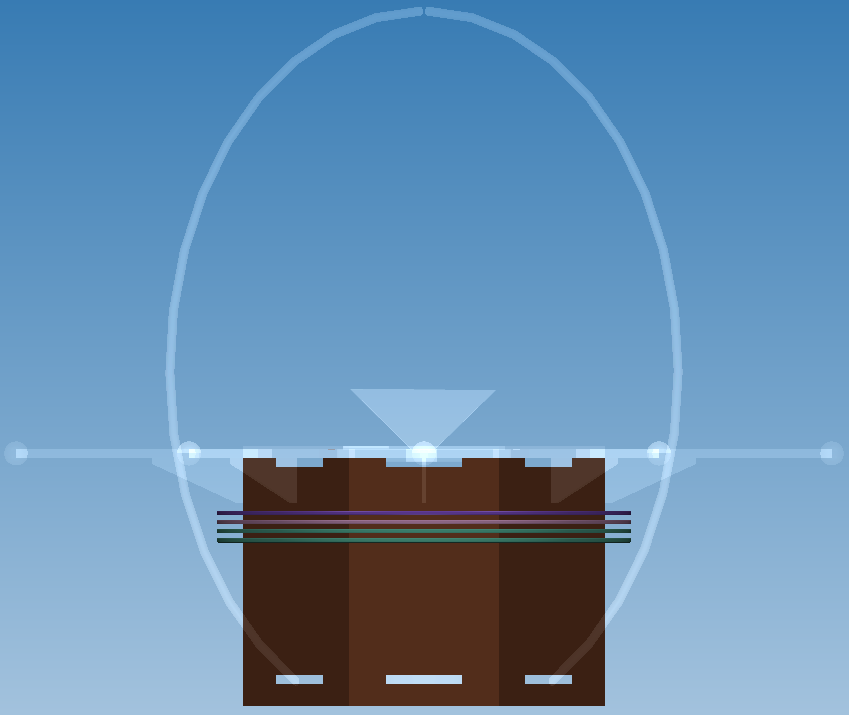 The construction rests on a cylindrical base, which by means of LED rings can indicate the mods and their rarity applied to the portal by showing the color of the rarity.

On top of the compass rose and under the rings there is a holographic projector made of plexiglass and a computer screen, showing a hologram of a 3D animated portal like in the scanner. 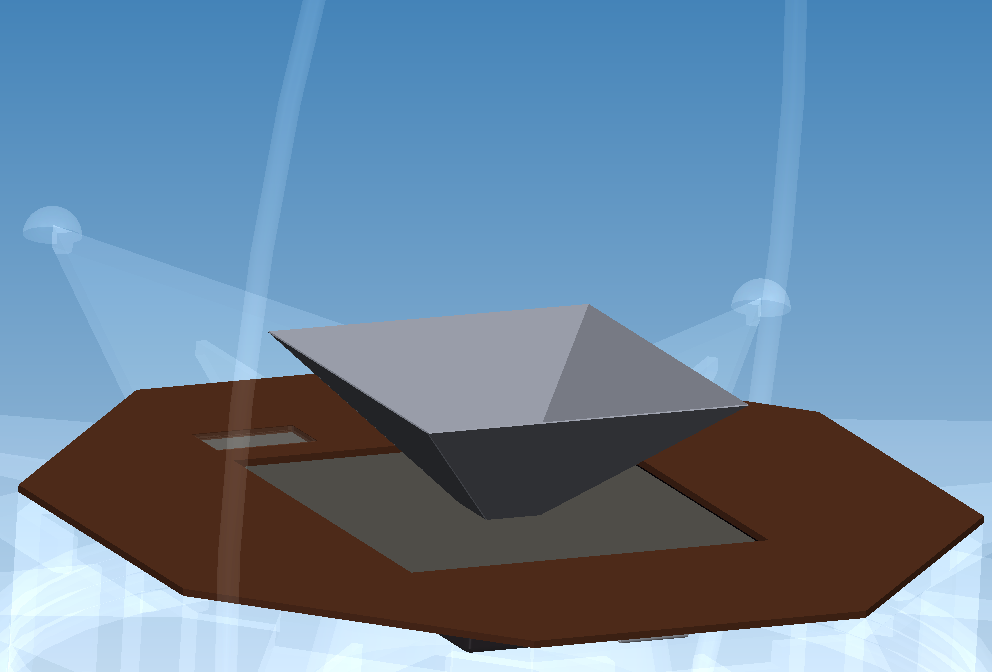 The large rings around the whole project will be made of PVC tubing which is bendable due to an aluminium core. They can be put into vibration at various frequencies by a decentered electric motor at the base of each half ring. 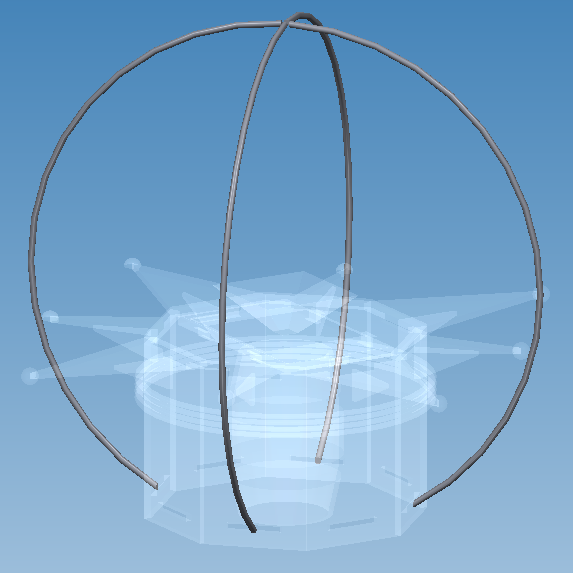 Agents use their scanners to interact with the portal. The live display of the portal status is facilitated by the tecthulhu module provided by Niantic. When it is attacked, it vibrates like the attacker’s scanner does. If an agent captures the portal, it turns the color of the agent’s faction.

The different visible portal actions of the Compass portal depend on the provided portal data.

As an option we can show a demo presenting several possible states the portal can have. This will be a pre-programmed demo sequence and can be supplemented by holographic projections.

The hologram, LEDs and motors will be controlled by multiple raspberry pi microcomputers.

The hologram will be a local web application displayed by a rendering engine. The engine runs on one of the microcomputers. The displayed portal can show the ingame portal’s live status.

Control of the LEDs will be delegated to an Arduino, this offloads the Pi from handling timing critical tasks and frees up compute power to render the hologram. The Arduino is connected to the Raspi using serial profile on USB. Each of the approximately 600 RGB LEDs can be controlled individually, however to reduce the effort they will be grouped:


LEDs use the WS2812 protocol for LED control is the standard for interactive, light-driven art.